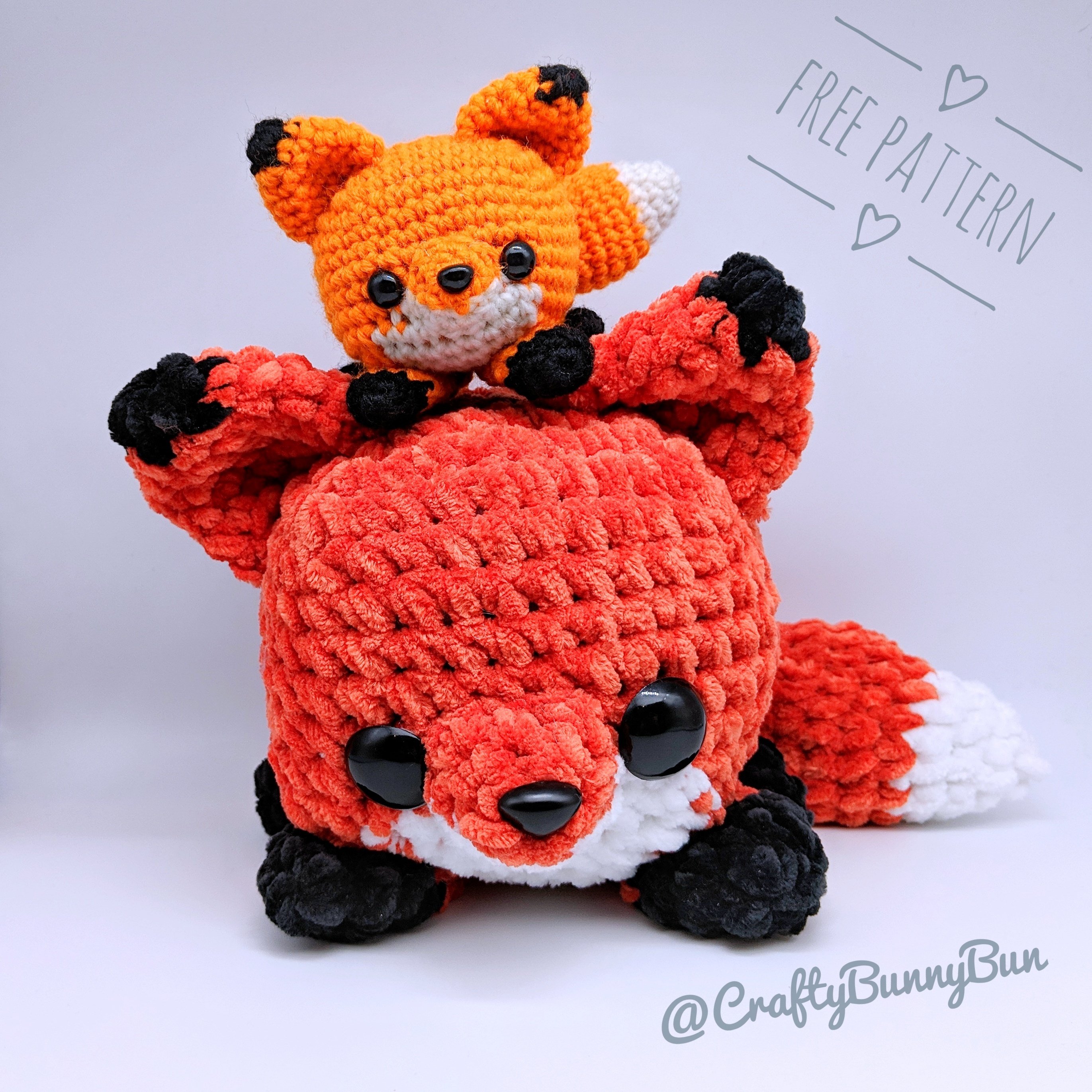 Foxes are beautiful animals. I wanted to capture their cuteness in a cube form and make it available to you to enjoy and create. I've also extended the instructions to show you how to make a bigger version of the fox using chunky chenille yarn.

For the smaller Fox I used the following:

For the larger fluffy Fox I used the following material:

The instructions apply to both sized foxes, if there are any differences I'll indicate them clearly.

This pattern is made in a spiral of continuous rounds

It means sc x 6 orange, sc with orange for the first yarn over then do the second yarn over with white (still looks like an orange sc), then do one sc with white.

Sew the ends together to close the gap 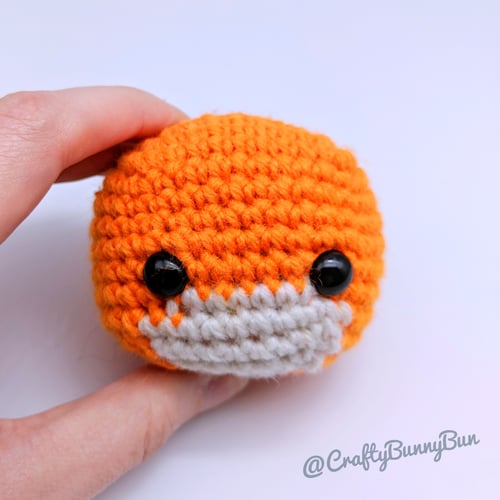 Do one slip stitch with orange then finished off, leaving a long tail from both the orange and white yarn. Later we will be using both yarn tails to sew it into the fox body. Insert the nose into the center of the magic circle. Stuff.

Leave long tail. Do not stuff

Sew the end of the ears together flat as shown in the picture: 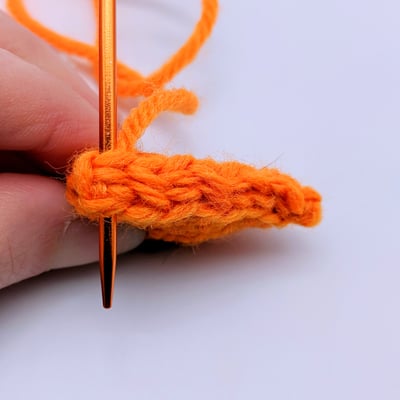 Leave long tail. Do not stuff 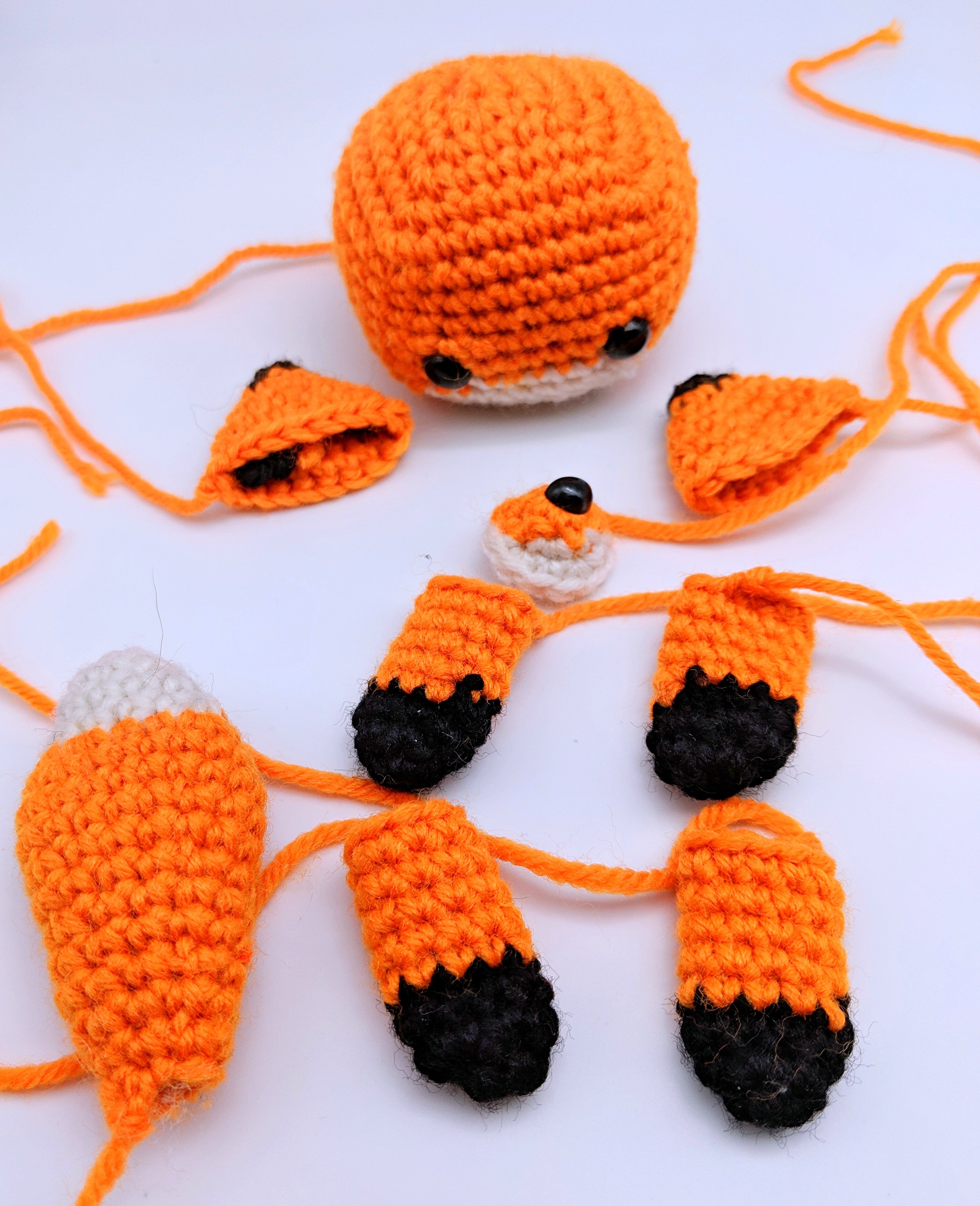 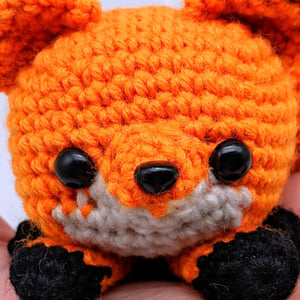 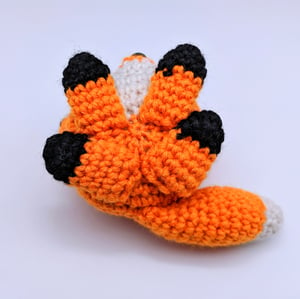 Attach the unstuffed legs to the bottom of the fox body. You can place them as you wish. You can see how I prefer to place them in the picture on the left. Tip, use pins to see how they look like before you sew them in. Also note that I also attach the middle of the leg to the body so it stays flat to the body. So it's not just attached on one end to the body. 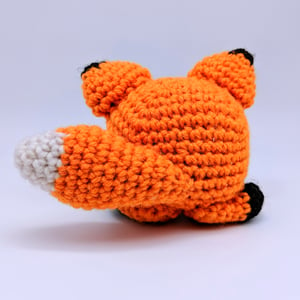 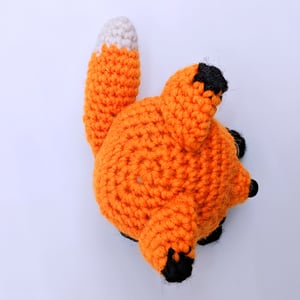 Attach the ears so one end is on R3 and the other end is on R8. For extra cuteness place them so they curve a little as per the following two pictures. 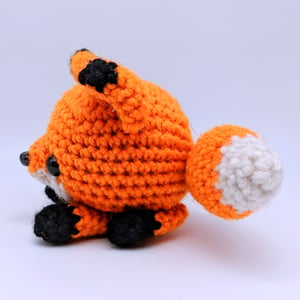 Note that the other end of the ear is placed a bit further back on the side. This side view shows it better. 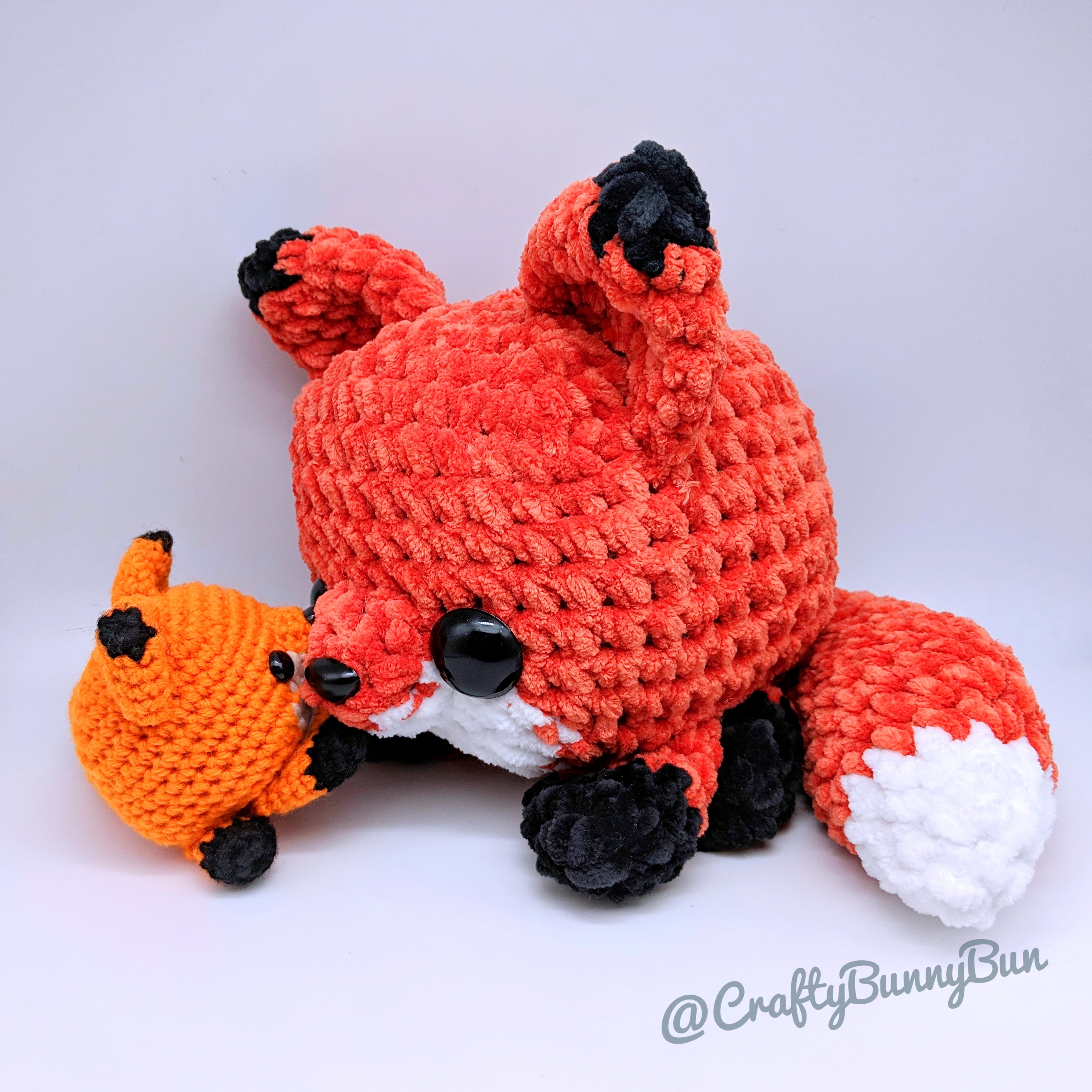 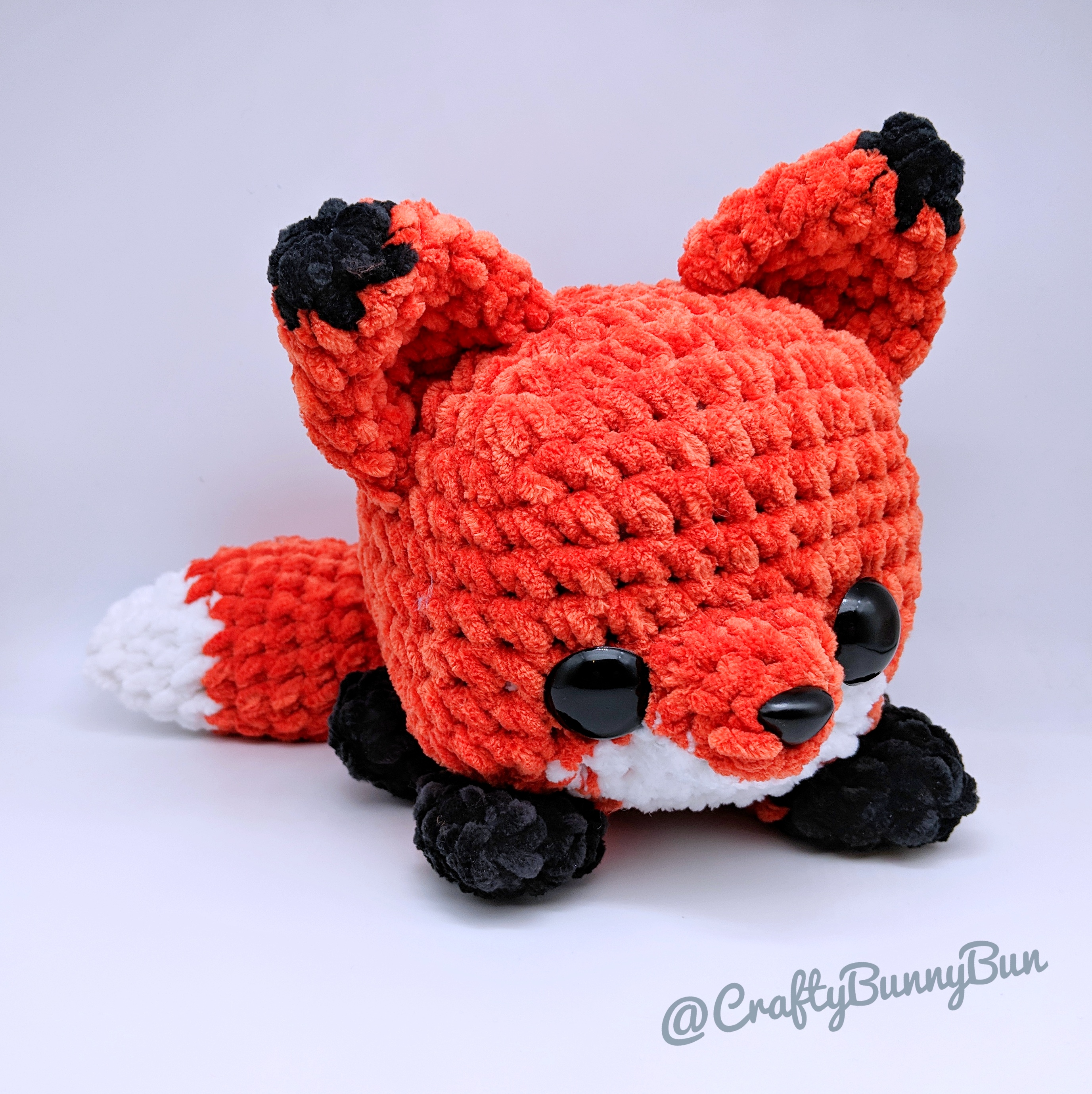 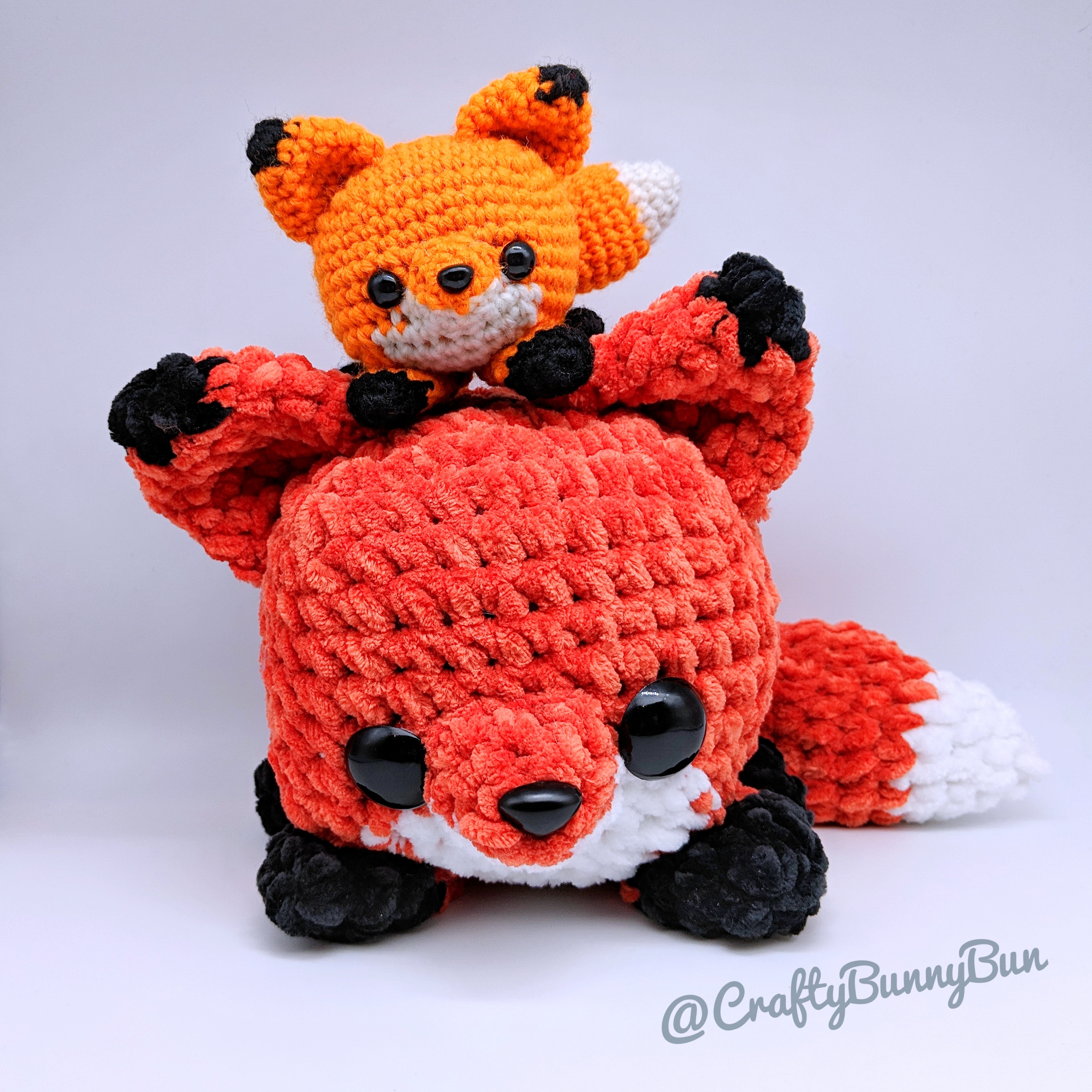 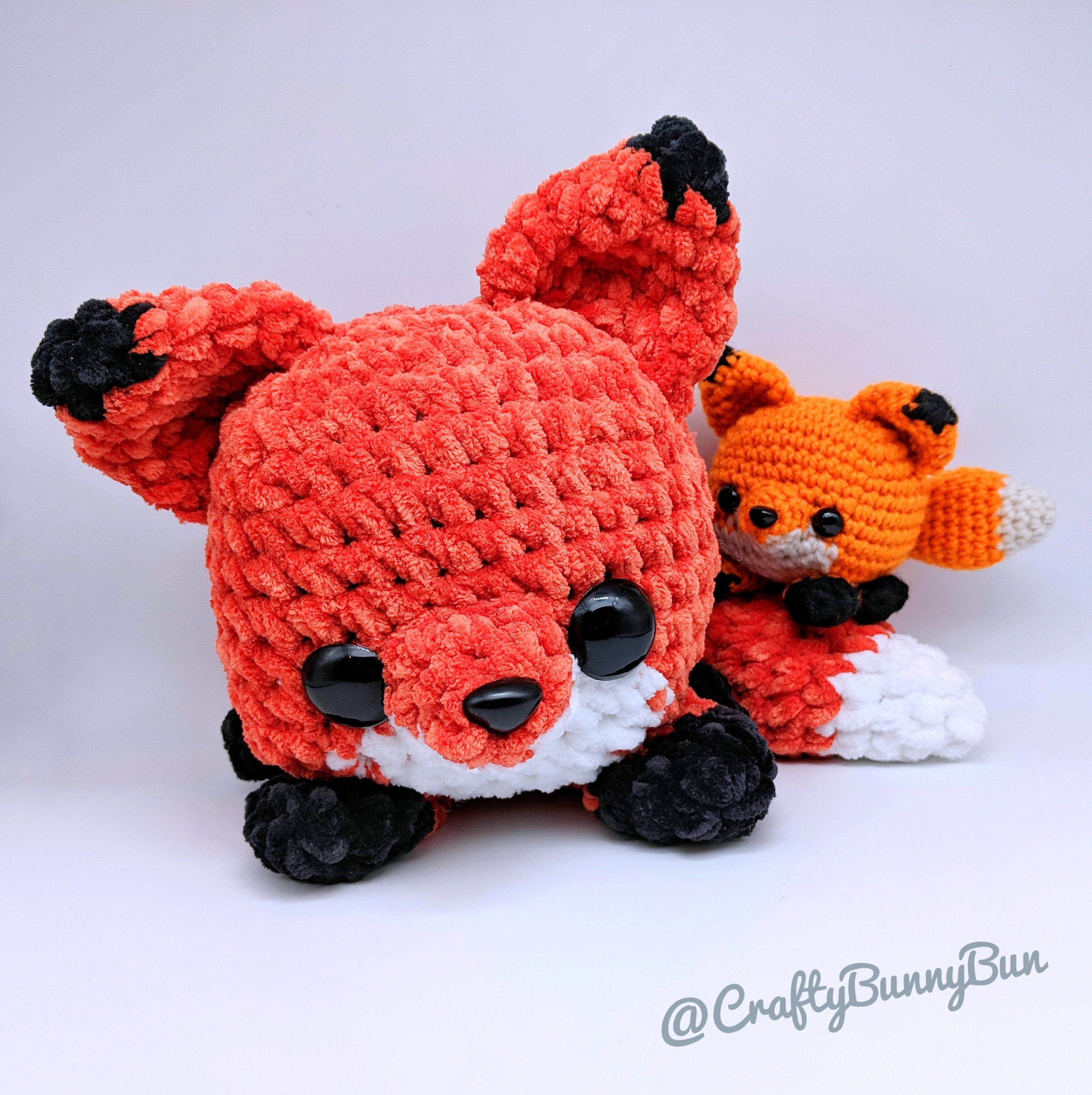 All my content is free for you to enjoy. May it bring you a smile when you need it most.

If you enjoy my content and would like to support it, feel free to buy me a ball of yarn or a cup of coffee. If you cannot, don't worry, I still want to make you smile all the same 😊 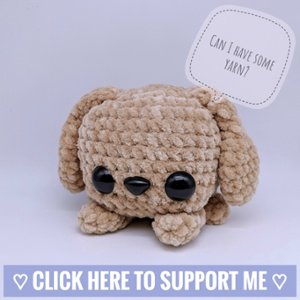 Do you want to get in touch with me to ask a question, report an issue or just say anything?

Click on the chat icon 💬 on the right hand of the screen! 👉

Now that you are all done, check out my other patterns and provide your little buddy with more friends 😊 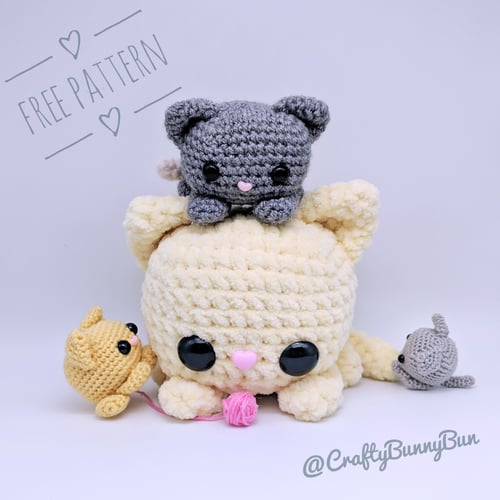 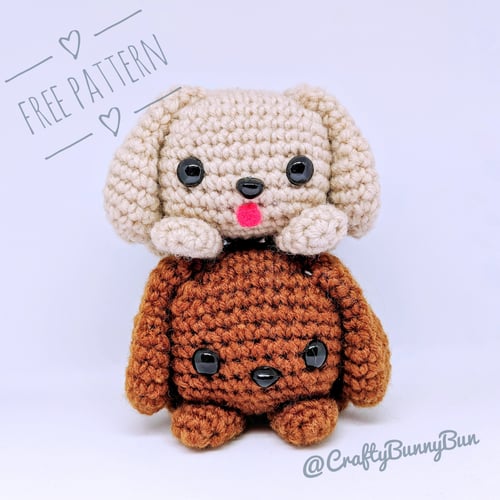 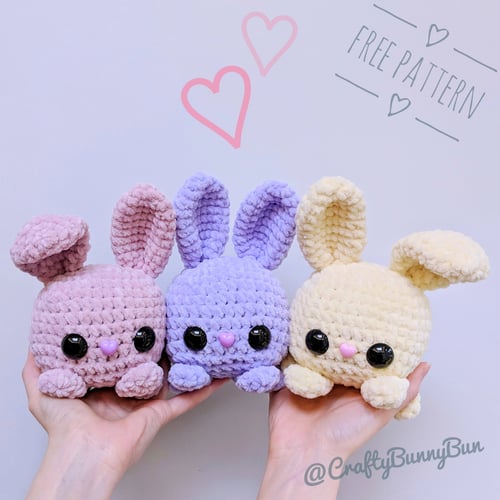 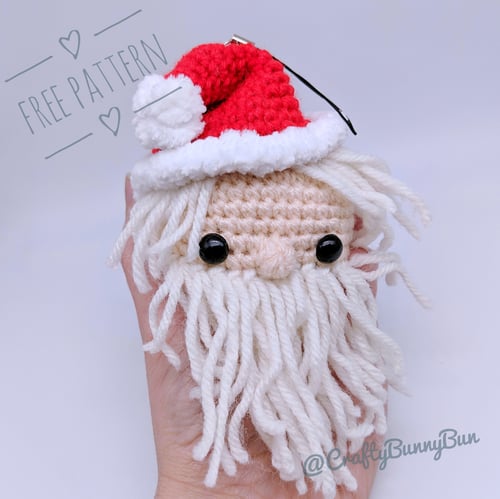 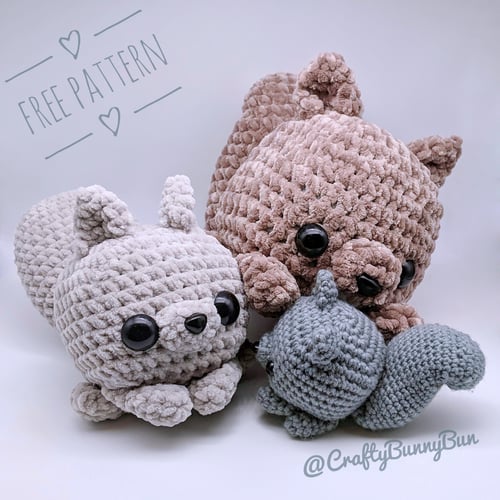 You are also allowed to sell anything you create using this pattern as long as you clearly credit CraftyBunnyBun for the pattern design.

I am a crafter based in Dublin, Ireland. I make cute handcrafted animals with a story. My mission is to inspire you and make you smile!